The History of Our Inn

Colonial Gardens  is located on one of the main historic corridors in Williamsburg, Virginia. The home was built by the Dean at the School of Law at William and Mary in the 1960s with bricks from a 1700’s courthouse that was dismantled during the Rockefellers’ restoration of the historic area of Williamsburg. Through out the inn, on both the inside and outside of the building, you may see initials on some of the bricks. These are the brick-maker marks of the indentured servants who made the bricks back in the late 1600s or early 1700s.

This historic house was turned into a B&B in 1992 by Wil & Scottie Philips, who personally over saw the transition from a home to an inn. The Philips ran the inn for a decade before retiring and handing it off to Karen and Ron Watkins, who spent another 14 years running it as a full service B&B. Now the home is rented as a self catered B&B guest house. Guests have full use of the kitchen and all areas of the home.  Ron spent 30 years in the United States Air Force and although he retired in 2007 he continues to work for the government. Karen enjoys cooking and flower arranging, while Ron loves flying, shooting skeet and motorcycle riding. 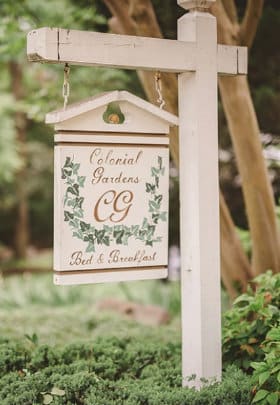 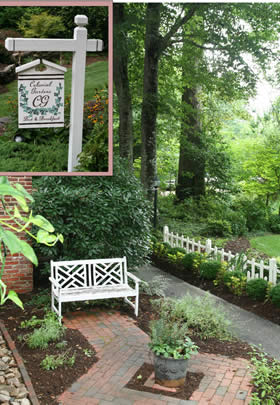