We are so happy to announce that Mr. and Mrs. Peter and Christy Marshall were married in the little elopement garden here on the 26th of May 2015 at 6 pm in the evening by Mrs. Eunice Fenwick. The two were married in a private ceremony which was photographed by Vickie Carper of Vickie Carper Photograph of Virginia Beach. There were some on-lookers from the front porch, some of the other guests staying at the B&B were so touched by the 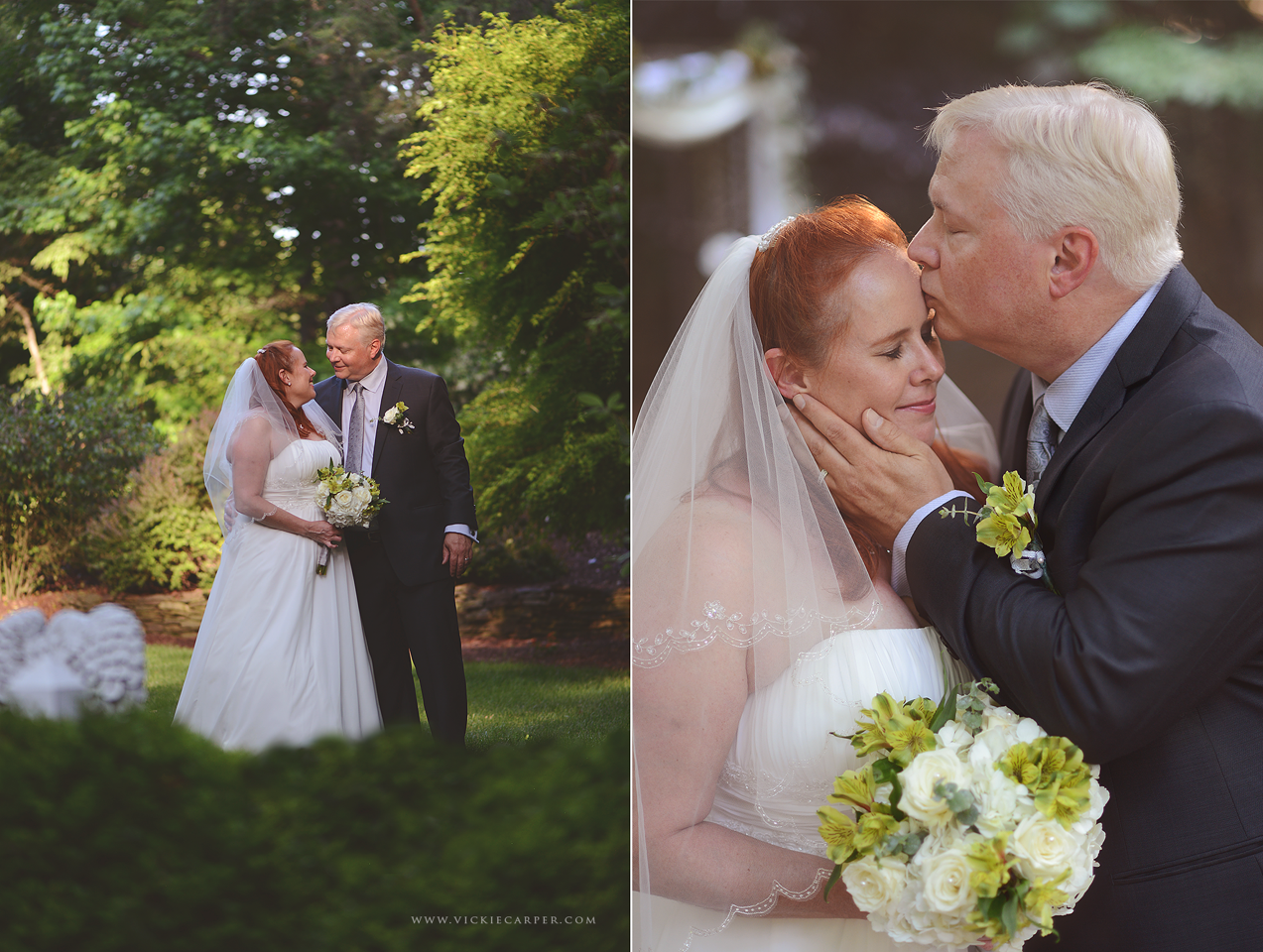 event they just had to sneak a peak. The brides bouquet was done with white hydrangeas and roses with an olive Alstromeria with silvery eucalyptus accents. She wore a beautiful full length white dress and crystal studded veil. The groom wore a black suit and single white rose surrounded by simple Alstromeria.. We wish them all the best in the future.