Williamsburg, Virginia is famous for its rich history. The city is home to Colonial Williamsburg, a fully restored and functioning settlement, giving history lovers a chance to experience life as it was during the Revolutionary War era. One of the most popular times of year to come for a visit is Christmas time.

What was Christmas like during the late 1700s? How did the original Americans first celebrate the holiday?

The answer may surprise you.

Many of the early colonists did not even celebrate Christmas!

In 1674, parliament set down strict rules against the celebration of Christmas in addition to the banning of music and dancing. This Puritan way of life was enforced across the pond in the English-speaking colonies as well.

However, the southern colonies, including Virginia, did not enforce these laws. The southern colonies continued to have parties, with singing and dancing year round, including the Christmas holiday. This is why you’ll see many decorations throughout Colonial Williamsburg this time of year. These celebrations also included the singing of “Christmas Carols”.

So, what Christmas carols did they sing?

While you probably wouldn’t recognize most of the songs they sang, there are a few Colonial Christmas carols from the late 1700s we still sing today. 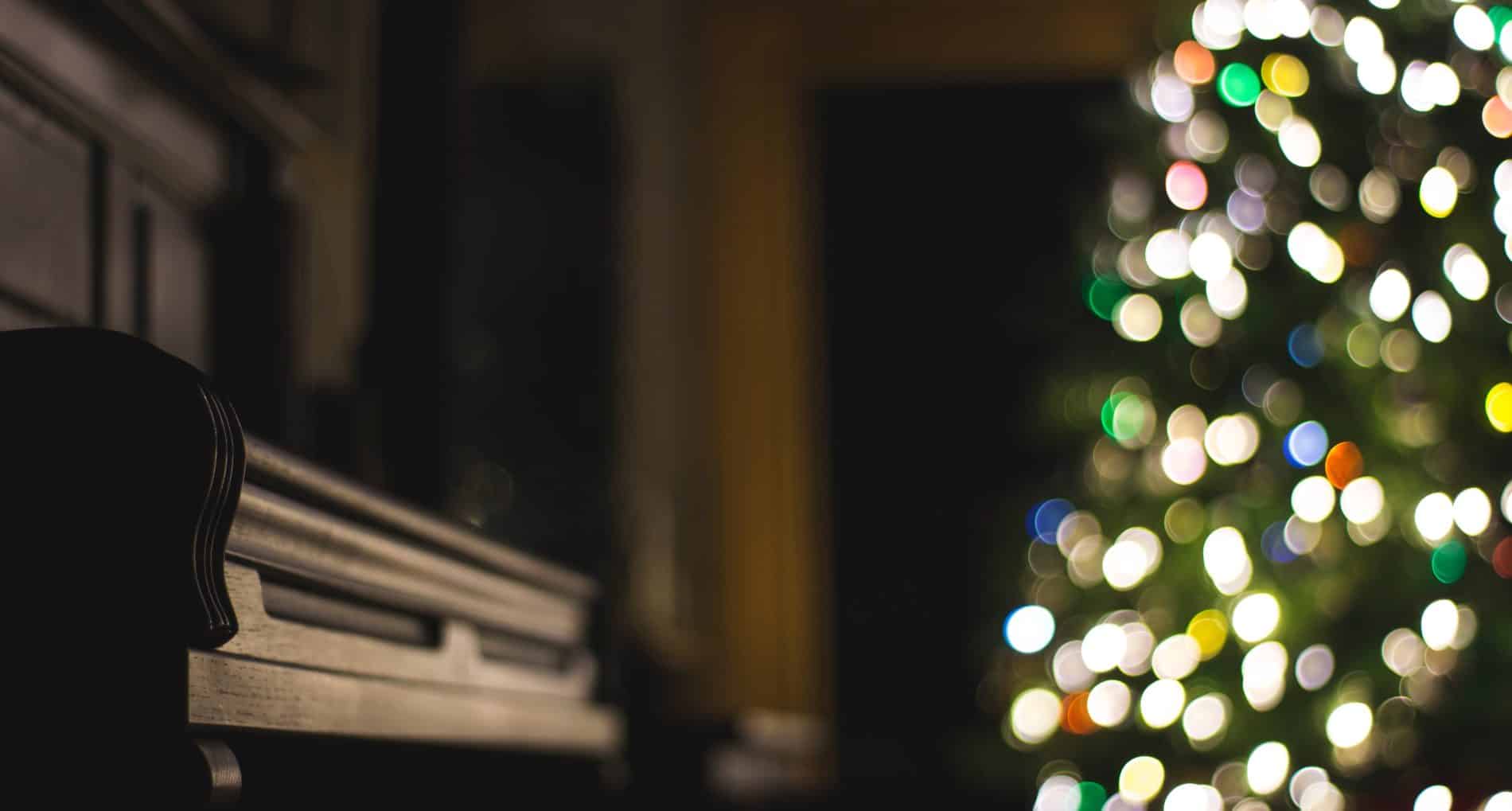 Joy to the world

This popular Christmas carol actually started out as a hymn. Written by Isaac Watts in 1719, the hymn was based on Psalm 98 and set to a completely different melody than the one we’re so familiar with today. It wasn’t until 1820 that Joy to the World was set to the current tune.

This song was also written as a hymn, rather than a carol. Written by Charles Wesley in 1739, the original words were Hark! How All the Welkin Rings.

What’s a Welkin? Welkin was an old term meaning “Vault of heaven”. Seeing how the term was so antiquated, the lyrics were changed in 1753. The current recognizable melody was not added until 1855.

What? You don’t know the song Greensleeves?

This song would have been a staple in the late 1700s for Christmas tunes. And believe it or not you actually DO know the song.

It’s final evolution came in the mid 19th century, when it finally became the more recognizable song, What Child Is This?

Christmas in the colonies was much different than it is today. With all the Puritan restrictions that did not officially lift until well into the 18th century, some colonist celebrated Christmas, and some did not. And while some of these Christmas carols were sung, they weren’t truly considered to be Christmas tunes until much later.

What is your favorite Christmas Carol??